LCDS Preschool & Kindergarten > About > Our History > Our Founder > June Henry

From the age of eleven I attended Cleethorpes Grammar School for girls, where, at sixteen I obtained my General Certificate of Education, (ordinary level) in English Language, English Literature, Mathematics, German, French, History, Geography, Art and Latin.

I specialized for two years in English Literature, German and French and obtained my G.C.E. (advanced level) in French and German.  I also obtained a distinction in Scholarship German, and on the basis of these results was awarded a State Scholarship to University.  I remained in school in order to take the entrance examinations for Oxford, and was granted a place there for 1961.

I left school in December 1960 and taught for 4 months in my old junior school (7-11 year olds).  I taught children to use the library, taught girls’ games, and acted as a substitute teacher where needed.
In April 1961, I took up a scholarship awarded by my county to study at Mains University, Germany.  I spent 5 months there, studying, travelling and working.

In the fall of 1961, I entered Oxford, where I studied German and French for the first two trimesters and took the Preliminary Exams.  After this I spent the following two and one third years of the 1.A. course studying German only and graduated with a second class Honors degree in June 1964.

I was married in August 1964 and obtained a position as an English teacher at Tynemouth Grammar School.  For the first term, I was substituting for the regular English teacher who was in hospital.  The second term I was taken on as a permanent staff member to teach English and Social Studies (History).  I left at the end of the second term as I was expecting my first child shortly.

After my child was born, I taught two full days a week, teaching English and Latin in another Grammar School (Whitbey Bay).  In 1966, I spent one term as a remedial reading teacher in an Infants School in Newcastle.  During this period I also substituted for teachers who were absent.  I stopped teaching (reluctantly) because of babysitting problems.

In 1967, my husband and I moved to Saskatchewan, Canada, where he taught in a village and I occasionally substituted.  We moved to Edmonton in 1969.

In 1970, I became involved in a local community school project in my area, out of which grew a pre-school program within M.E. Lazerte Composite High School, the Londonderry Child Development Centre.  I have been President of the community group which runs this centre, for two years now.

I wrote a book, “The Sunclimbers”, based on my experiences and the experiences of others who had started similar projects.  This was published this year by the Edmonton Social Planning Council.  I am a member of the Alberta Association for Young Children, and of the Edmonton Social Planning Council. I have completed the courses in Education Psychology, Education Foundation and Education Administration on a part-time basis at the University of Alberta.  I have three children aged 8, 4 ½ and 2 ½ years old. 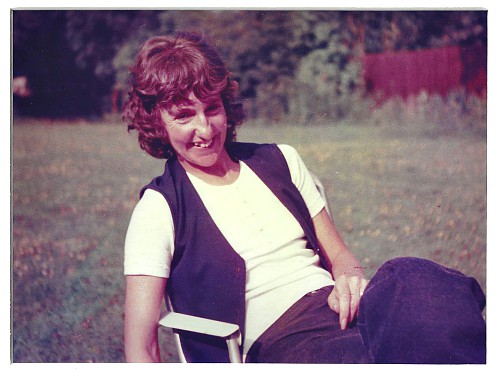